In this era of modern technology, everything becomes easier and easier. Now you do not need to learn a completely new language to communicate with people of other languages. You can use voice translation apps for your android phone to talk any language you want.

However, not all the apps are good enough to support you well. You need to choose the best voice translation apps for android to get the best result out of it.

Why Voice Translation App Is Needed?

It is surely a hassle to learn any new language. It takes time and effort to learn a language and express their thoughts. On the other hand, when you have these translate apps for android, you can easily talk any language without learning it. You need to speak in your language and it will translate it on behalf of you. That is why the voice translator apps for android are needed for you.

With the increasing demand of these apps, the play store is now flooded with so many apps. That is why we have come up with some best voice translator apps for you with their features and benefits so that you can easily pick the right one.

Without any doubt, Google Translate is one of the best voice translation apps for android. It allows you to type any sentence or word you want and then translate into more than 103 languages in the world to ensure great communication across the world.

Even you can easily copy any text of other language and paste it to translate it into your language easily. It allows you to translate any images as well, just point your camera to the image and it will get your job done perfectly.

You can easily import photos to translate for even making the translation better. It enables you to draw text character instead of typing and it will translate it without any hassle. So overall, anyone having an android phone should have this app installed on his or her phone.

If you are looking for one of the effective translation applications for android, then Microsoft Translator can be a good option. It offers you to translate more than 60 languages in both online and offline. As a result, the language barrier is not a big problem for communication now.

It comes with the pronunciation of different languages and some important basic phrases to learn so that when you travel, you can use those phrases. You can even share the translation easily too. So for great communication, this is the app that is worthy of trying.

SayHi Translate is another excellent voice translation app you can try. With this app, you can say your language and it will translate it and speak the other language instantly. As a result, no matter which language you speak, you can communicate with others easily.

It comes with easy navigation that makes it easy to use. Also, you have easy language changing for fast translation. Even it offers copy-paste to ensure faster translation as well. So no matter you have previous experience or not, you can use this app.

Besides, you will get a modern look that makes it more attractive to use. It offers translation in almost all popular and well-known languages. So, the language barrier is not a big deal for you nowadays. Overall, it can be a perfect option for traveling or learning a new language.

If you are looking for a free and easy to use translator, then you can consider the Language Translator. You can translate more than 60 languages and communicate with others easily. That means it does not matter at all now which language you speak.

Unlike many other apps, this one supports both text and voice input so that you can use any one as per your convenience. Besides, it offers pronunciation of the words to know how to pronounce it. As a result, speaking becomes easier too.

Even you can copy any text and paste it to the translator that makes it easier to translate any language. So overall, this is a simple and easy voice translator that can make your job done perfectly. Give a try today and check how it works for you.

Translator PRO is one of the most popular free translator apps you can try. It offers you to translate more than 60 popular languages instantly and ensure effective communication. As a result, the language barrier is no more a problem for communication at all.

Besides, you can input voice or text to translate and it will get your job done perfectly that makes the translation easier. Even you can check the pronunciation of the word so that you know how to pronounce it. It makes speaking easier as well.

You have the history of your translation as well. With its easy to use user interface, translation is not tough anymore. You should download this app right now and have a try to see how it works.

Talkao Translate is another great translation app that you can consider while looking for a good translator. It offers more than 80 language text translation and more than 44 language voice translation for effective communication.

Besides, you can check the word, synonyms, word suggestion, and spelling to ensure better communication in any language. It offers you the history of your translation to see your progress as well. You can see what you used to search and now what you search.

Even you can share the translated texts to social media or through email. So all in all, this is the app you can choose for ensuring effective and fun conversation. You should download the app right now and check its effectiveness as well.

Voice Translator is one of the great voice translator apps for android that you can use. It offers voice input and you can translate multiple languages simultaneously to ensure a perfect and better conversation.

You can save the conversation and then translate it later to understand the language. With these features, you can easily learn any language faster than ever. It offers translation for many languages too. So no matter which language you want to translate, you may find it.

With its easy to use user interface, using the app becomes easier. Anyone having no experience can use this app and translate any conversation without any hassle. So download this app today and check how it works for you.

VoiceTra is a good voice translator app. It allows you to translate a lot of languages just by inputting your voice. Even you can translate different languages simultaneously as well.

Besides, you can use text input as well so that if you cannot speak any language, you can easily write it and translate it to understand. Even you can use it as a dictionary to know new words.

It comes with a lucrative design and an easy to use user interface. As a result, it becomes easier to use this app. So overall, this can be a good option for you. Download this app and enjoy translating.

Translate All comes into the market to make the communication easier than ever. It comes with two-way speech translation that makes it easier to communicate with others without any hassle.

You can translate more than 60 languages with text easily. Also, you have the option to translate words in all languages. It allows you to capture the image and translate from the image as well.

The app allows you to create your own subfolder into the dictionary to use the phrase or word as a reference. So overall, this might be a simple app yet it can get your job done easily.

That is why we have come up with some amazing apps and their features and benefits so that you can select the right one for you. Download all these apps and try each of them to find out the best one for you. 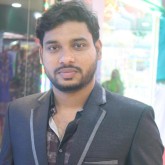 Hello! This is Martin Bedell. I am a software designer and the owner of this site “Daily apps review”. A few years ago, I worked for a software company. I am specialized in making various software for Android and IOS operating systems. As a software marketer and online researcher, It is my passion to talk about the latest software and invention of technology.

Best Songwriting Apps for Android Apps for iPhone and Android [2021]